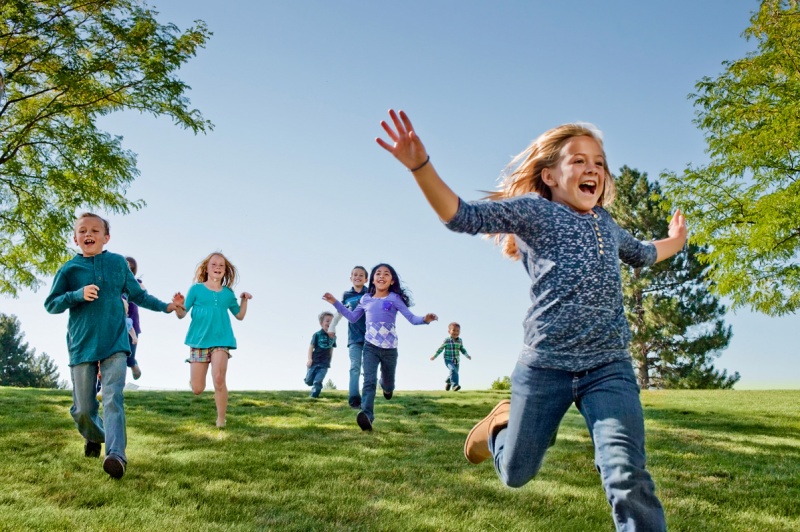 Asking your child to SIT STILL seems part and parcel with being a parent. As they wiggle their way around the couch, car, at the dinner table, at the movies or as they kick the seat of the passenger in front on them on the plane, bus or train, 99 percent of parents all around the world ask, “can’t you just SIT STILL?” While simultaneously apologising to whoever they have inadvertently hurt (or annoyed).

It turns out though the answer is, NO, they can’t

The little wiggly worms and jumping beans are wiggly and jumping for an actual reason and according to research (and lots of it not only is it developmentally near impossible for primary school and pre-school aged children to sit still), it can actually have a negative impact on their learning.

The first sensory systems to mature in humans are actually those in charge of the cerebellum (motor activity) and the vestibular (spatial orientation). Simply put, we are wired to learn by moving and interacting with our environment, not by sitting still.

Movement also assists primary school and pre-school aged children with learning because it engages more of the brain in the learning process, creating arousal or the “lighting up” of the brain says Grose. This allows learning to be more productive and for children to retain more information.

Movement can be a range of things from moving from one space to another in a classroom, going outside for a period of time, using blocks or other tangible objects that can be touched as a part of the learning, singing a song with matching movements or even a game of Simon Says. The use of “kinaesthetic learning or learning by movement engages children in learning and it makes sense to them,” Grose explained.

"Learning isn’t just from the classroom"

As we know learning isn’t just from the classroom either, it is from the world around us so getting out and moving around can help us learn in whole new way and teach us a whole new set of things.

Not only does movement encourage effective learning it can also assist in reducing behavioural issues that impact learning because it “gets rid of the wriggles.” Physical activity makes children less fidgety and more on task. So, when children do need to sit still and concentrate for a particular activity, like listening to a story, they can.

Playing or physical activity from walking, non-competitive ball games, stretching, a rough and tumble game of football, digging in a sand pit, negotiating the monkey bars or building a cubby house, is also learning and the importance of that should not be underestimated for many reasons, including biologically. RESEARCH SHOWS that physical play allows children to make mistakes, handle stress, conflict resolution, social skills, emotional intelligence, it is also a proven elevator of mood.

So, with movement being so fundamental to children with a wide variety of needs and to their learning “switching things up” and “not having kids sitting for too long”, as Grose encourages, is incredibly important even if the wiggly worms and jumping beans occasionally drive us a tad insane.